People take pride in what they wear; fashion is a multi-billion dollar industry.  Wearable technology entrepreneurs are taking product design seriously, serious enough to be called fashionable, thus enabling people to make a statement about who they are with a wearable device.  Are you making a statement with wearable technology? 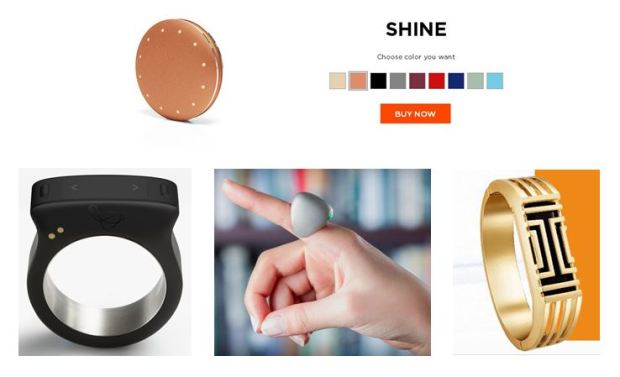 Prediction #7:  People are going to use wearable technology to make a statement about who they are.

How many of you have worn a fitness tracker even though you knew the battery was dead?  Why did you do it?  Zero tracking is done during the day a dead fitness tracker is worn and folks do not get value from the lovely feel of silicone bands on their wrists so your motivation must have come from some other kind of value, value from making a statement about who you are.

Perhaps on the day the fitness tracker is dead, the statement is to yourself.  “Self, I’m going to be more active today even though I know this thing is off” and maybe a little, “Self, p.s. please remember to charge this tonight.”

Enough on dead fitness trackers, let’s have a look at some wearable products that are actually shaping up to be fashionable, products to keep an eye on to see if people start using wearable technology to make a statement about who they are.

In Who to Watch for Prediction #1 all single purpose fitness trackers including Misfit Shine are categorized as fad devices; however, the Misfit Shine looks cool, you can pick its color, and it is versatile in where it can be worn.  Some options include a few different choices of bands, a sport necklace or a prettier bloom necklace, or even a simple clip.  This product scores when it comes to remembering that a fitness tracker is more than just a fitness tracker, it is a fashion accessory people use to make a statement about who they are.

Nod, first introduced in Who to Watch for Prediction #2, is a gesture control ring.  As a piece of jewelry the design is important.  Nod places the bulky part of the ring under the finger so from a closed fist it looks like you’re wearing a thick, black band.  Not bad for a masculine look.  Nod designers are conscious of this and are contemplating ways Nod could be stylized to appeal to different genders; let’s see how they do in the coming months.  For now, though, like the original Model-T Ford, Nod can be pre-ordered in any color you want so long as that color is black.

Sense by Wiacats is a gesture control device worn on the finger but it does not close completely around the finger to form a ring.  It has a sleek outer cover to shield the sensing components.  There are three colors in pictures on the Wiacts website, black, white and grey.  CEO Yaser Masoudnia, who is razor focused on creating a wearable that is easy to use and compatible with as many devices as possible, explained that Sense is not available for pre-order yet as in addition to finite sensing capabilities for IoT device control they are working on other functionalities, including payment authorization, before releasing Sense.

Fitbit has partnered with luxury lifestyle brand Tory Burch to create accessories for the Fitbit Flex.  These include a bracelet and pendant designs that one would not be surprised to see in a Nordstrom display.

Previous Prediction: Who to Watch for Prediction #6

Back to Wearable Technology